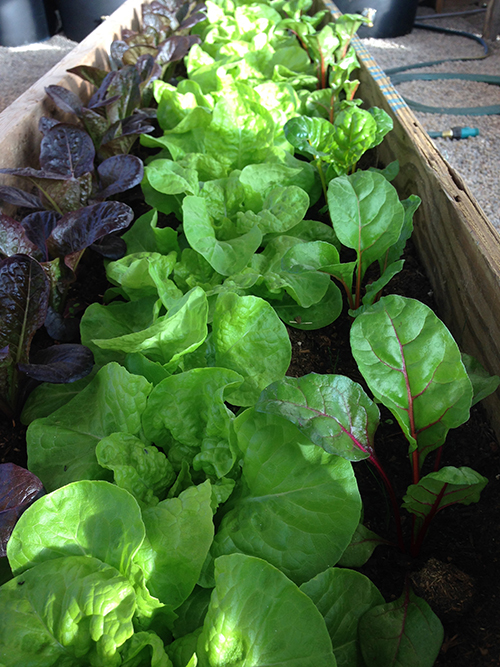 Holy Schmole! My lettuce, in the picture above was planted as transplants back on February 17th and look at it at the end of March. Fantastic! So excited to not have to buy lettuce and greens for a while. I’ve been experimenting in the greenhouse planting some seeds and some as transplants. I got these transplants as little tiny plants in pony packs from Agua Fria Nursery in town in February. On the left is Marshall Red Romaine. In the middle is ‘Winter Wunderland’ leaf lettuce and on the right is Bright Lights Chard.  They are growing in the middle raised bed where I had horse manure composting in January to try to add heat to the greenhouse but in mid February I took out as it cooled down and took all but the top 6 inches and added soil and compost and waa lah! You can see how big they got since March 21 here. 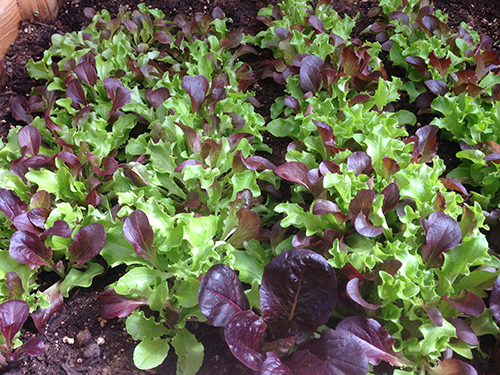 Here is a pic of the lettuce I planted by seeds. It is a mesclun mix from Johnny’s called, 5-star lettuce mix. It’s not quite tall enough to ‘cut and come again’ but will be soon-probably in the next week. 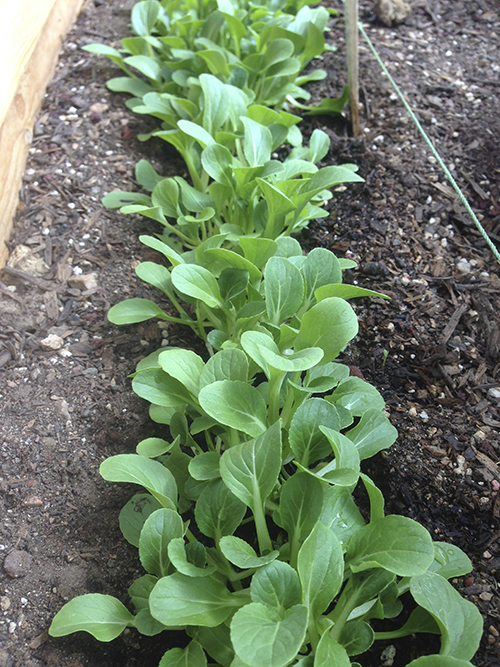 Here is a variety of dwarf bok choy (choi) I planted from seed. I will transplant some of these to sell a little later and the rest will have room to really get bigger. They are doing really well. 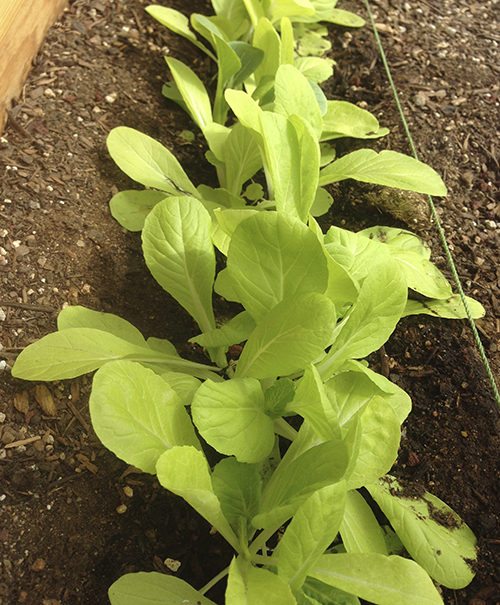 I love the color of this yellow-green bok choi – chartreuse! Such a great contrast to the other ‘greens’. 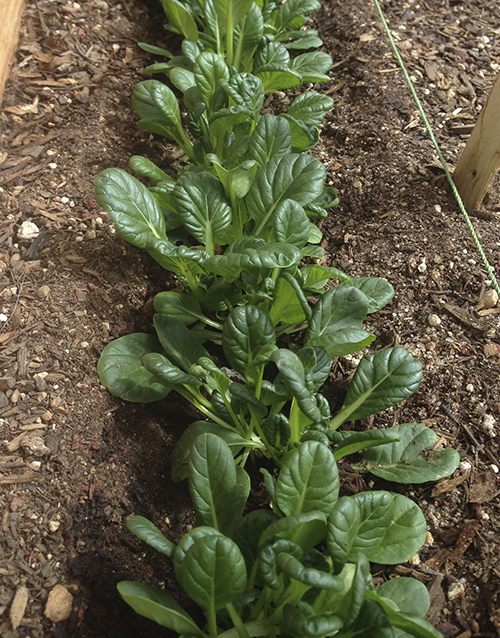 Here is a variety called tatsoi-the hardiest of the bok choi family. It grows in little clusters.

I planted all of them on the edge of the raised bed as I’m going to put in some tomatoes soon  in the middle of the bed as another experiment to see how they do. My thinking is by the time the tomatoes need more room, the cold hardy greens will be done (eaten)  🙂