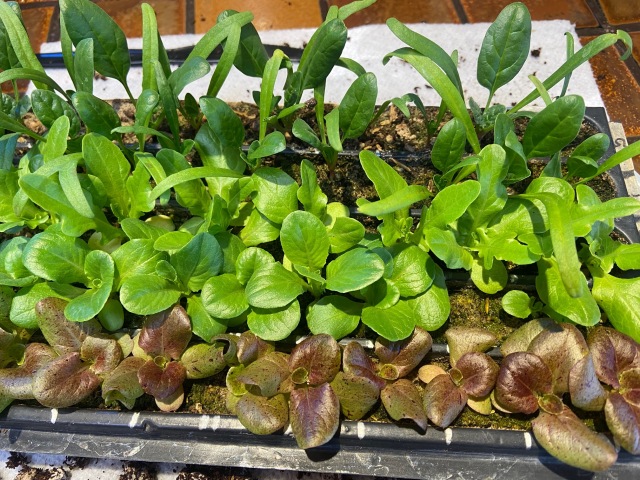 A friend of mine said the other night that she stopped trying to grow lettuce because it always gets too bitter. But growing lettuces in the spring can be easy-you just have to start earlier than you think you do. If you start seeds in late April, you’re too late as the weather can go from cold days to hot days very quickly and that is when they can bolt and become bitter so you’ll want to harvest earlier.

Since most lettuces are cool season crops and take around 45-55 days to mature, we need to back up our start date to sometime in February/March or even earlier inside under lights (like I did) and harvest in April or early May before it gets hot.

Be sure to grow lettuces that are cold tolerant-it should say on the seed packets. This year I started the first lettuces back on January 15 inside my house under grow lights with no heat-this is very early so I’m pushing it. 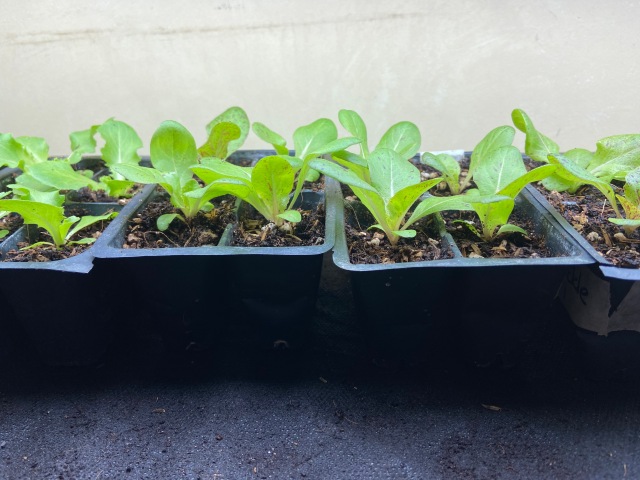 Then I transplanted them up from the germination tray into a pony pak on January 20. Then I  transplanted the plants into my greenhouse on February 17. That’s about 4 weeks old when I put them out in the ground.  My greenhouse is unheated so I have to cover them everynight and on cold days with 2 layers of row cover but so far they are doing well. Tonite is 13°F so let’s see if they survive…

Meanwhile I started more from seeds on Feb 03 and they were transplanted into the pony paks February 25 so if tonite kills the others in the greenhouse, these should go out into the greenhouse in another 1-2 weeks. Basically the whole process from starting lettuce seeds to putting out into a greenhouse or coldframe or as the season goes on takes about 4-5 weeks.

You can even put them in a raised bed or mini hoophouse with heavy row cover directly over them by the time April rolls around. So if you plant them in first week of March, you will be able to pick leaves 45 days later or around April 15. By the time everyone else is just starting their lettuce seeds, you will be enjoying the lettuces while they are sweet before it gets too hot.