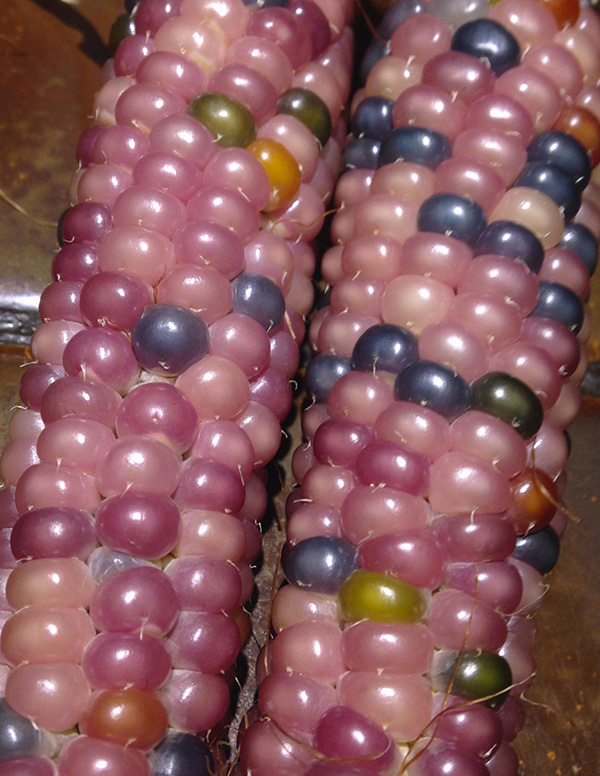 I like to do experiments in the garden and try different things. Last year I grew for the first time Glass Gem corn which you can read about in my post Glass Gem corn. When I harvested it at the end of the 2014 season, I got fantastic colors when I picked it. It truly is a special corn. But of all the many ears of corn with different colors, I got only little 2 ears of a gorgeous pink color which was like no other. I saved the pink kernels and cataloged all the colors i harvested which you can see in my post, Glass Gem corn colors. It was the only corn I grew and no neighbors grew corn so I feel reasonably certain that it is pure. This year in 2015, I decided to grow out those pink kernels and only them. I wanted to see if I would get more pink ones. Now since all the glass gem corn cross-pollinated with themselves, one would think I might get a great mix of colors this year again with such a big genetic pool, but not so. 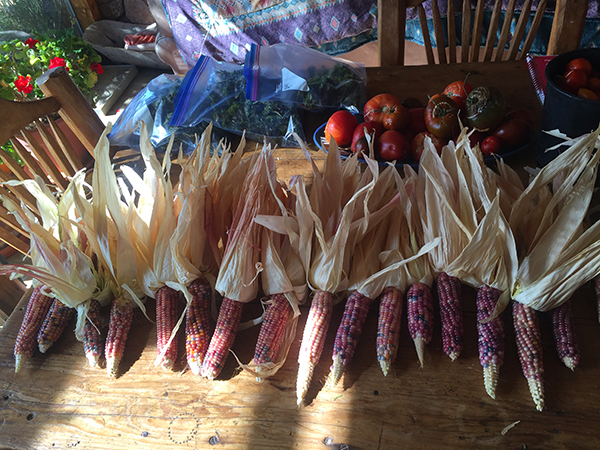 The majority of the corn was pink! Out of those 2 ears of pink corn (didn’t plant all the kernels), I got 27 ears of corn this year. I got 18 pink (3 not shown). That’s 66%. The pinks were in many different shades of pink as well. 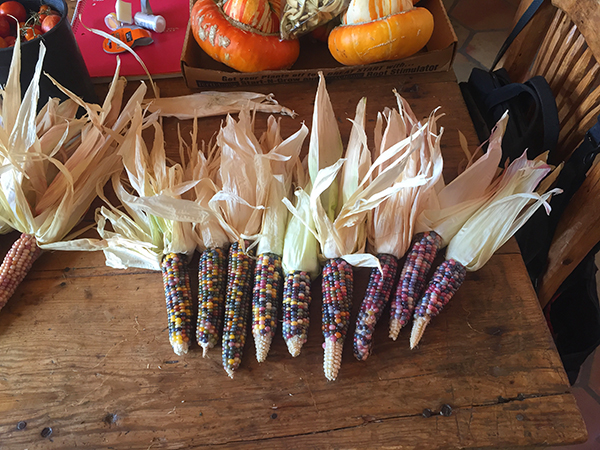 I also got 6 mixed colors with very little pink if any and 3 more that were predominantly pink but had some purple in them too. If you include the other predominately pink ones as well, then that would be 77% of the corn I planted was in the pink family. That astonished me.

So what would happen if I planted the pink that I got this year for next year? Would I then gt 100% pink? Probably not. I think I would have to keep growing it out for about 5 years to keep eliminating any other color genes but it was a great experiment. Now there is something to be said about maintaining diversity. It tends to make stronger strains but I just might try it again next year in 2016 from this year’s corn and see what happens!