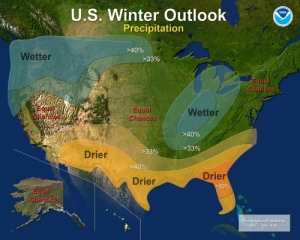 We haven’t been getting a lot of rain in the Southwest–in fact almost nothing for awhile. That’s because we are in the middle of a La Niña weather cycle, which means less precipitation and warmer temperatures this winter. This means we have to remember to WATER MORE. How much more? Well I WATER EVERYTHING EVERY 2 WEEKS: the perennial gardens and trees (not the dead veggies!), and if we do get a decent amount of snow I water less. I actually write down when I water on a calendar otherwise I could never remember. Last winter we had an El Niño which resulted in more rain and snow, but not this year.

So what is La Niña and what does she have to do with weather in New Mexico? Well, La Niña is caused by colder than normal subsurface ocean water temperatures that start in the tropical Pacific. This cold water is pushed by waves and easterly trade winds towards South America, and results in an upwelling of cold water off Peru and Ecuador that travels north off the coast of South America. 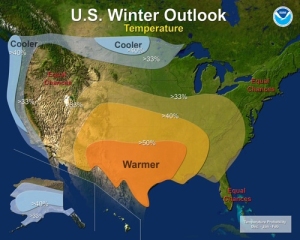 La Niña often creates drier than normal conditions in the Southwest in late summer through the next winter, whereas the Pacific Northwest is likely to be wetter than normal in the late fall and early winter. If you watch the weather, you’ll notice the jet stream, which brings in the storms, gets pushed north of us in the winter and thus we get less rain and snow. So don’t forget to water!